Joe and I have both been itching to get to Amsterdam and to say we were excited about our first trip is an understatement. I was literally asking Joe when we could go back before we even got there because there was so much we wanted to see and do.

We stayed in an area called De 9 Straatjes, which means the 9 little streets. It is the cutest neighborhood nestled in between canals, filled with the sweetest shops & restaurants. The area is also super quiet and clean which we were pleasantly surprised with.

We arrived super late on Friday, and by the time we dropped off our stuff and got out of the flat, it was almost midnight. And although we were hoping for a meal, we quickly realized that wasn’t going to happen. Instead we headed to Arendsnest for drinks. For some reason this bar made me really excited to be living in Europe. We were tucked into the tiniest corner, trying all kinds of different Dutch beers, listening to people have conversations in all different languages. Looking forward to many more trips starting this way.

In typical Liz fashion, I did the most research on where we should eat. So the next morning we woke up early and took a tram(!) to De Pijp, a very hip and up & coming neighborhood known for its coffee shops and cafes. It is also home to the Heineken Brewery, and although we didn’t make it there this time, we definitely plan to get there on our next trip. We ate breakfast al fresco at Bakers & Roasters – which I highly suggest to anyone visiting. I have slowly started drinking coffee and I have to say this is one of the best flat whites I have ever had.

Public transportation is super easy to use in Amsterdam. We took the tram to and from different neighborhoods – there are frequent stops and you can pay as you ride instead of finding a place to buy a ticket beforehand. They do have an underground metro, but Joe and I found the trams more convenient plus we enjoyed being above ground so we could give ourselves a mini tour. It was really strange being in a tram driving along side cars, they even get stuck in traffic jams!

Later that day we decided to rent bicycles. We heard this was the best way to see the city, and knew we wanted to do it since we could finally drive on the right (left) side of the road. So remember when I said Amsterdam was quiet?! I was absolutely shocked when we headed to the Anne Frank house and the street was so jammed with people that we had to get off our bikes and walk them. This area is popular with tourists, as the Westerkerk Church is around the corner. After that we rode around the canals, exploring all the different streets and what they had to offer.  I love European Joe because he loves shopping! And happened to stumble upon this place, We Are Labels which we both really liked. Eventually we ended up at Bloemenmarkt – a floating flower market in the center of the city. And If I’m being honest – this was a disappointment. We thought we would see stall after stall full of blooms, when in actuality, it is just a place to buy the seeds. The most interesting part was seeing how many varieties they had, but definitely not what we expected. If anything, we thought it’d be a great place for Joe T. and E. McG.

The next stop was Brouwerij ‘t IJ which is a super old brewery located in one of the original windmills of Amsterdam. Located on the outskirts of the city center, it was definitely worth the bike ride. It was a really cool place with a ton of craft brews and snacks to choose from. Did I mention we got there about 25 minutes before it opened (accidentally) and by the time it was 10 to 2, there was a queue outside the door. Certainly a unique experience (has anyone else drank in a windmill!?!) so plan to get there early.

After this was the Red Light District. And I know what you are all thinking… gross. But seriously, it’s not what you think. Or maybe it is. But it’s definitely not what I thought. Everyone told me it was different and that it’s part of the way of life there, but for some reason I still pictured ladies standing around in dodgy alley ways. But I couldn’t have been more wrong. The RLD is situated amongst popular (well lit) canal streets where there are regular restaurants and stores. But instead of your mostly typical store fronts…. there are women sitting on chairs in the window, staring at their phones, waiting for their next ‘clients’. (The more time I spent in Amsterdam, the more I understood why so many European men were there for their “stag do’s”.) You can only imagine how much fun Joe had taking pictures of / torturing these women, most of them throwing him the middle finger or putting their hands over their face. But what do they expect? Legalized prostitution is definitely not the norm for most people visiting, so they need to get used to it. (even though I couldn’t…. I still feel weird).

By the late afternoon we were pretty tired after a day full of biking. It was a pretty dreary day so we decided to head to a coffee shop and regroup with some caffeine and a brownie 🙂 Abraxas is a cool place to chill in central ‘dam if you are looking for a nice latte & some Bob Marley…. [and a space cake if that floats your boat ;)] It’s easy to spend hours in here so make sure you don’t lose track of time!

Finally came dinner time, and it was Joe’s pick. We went to Cannibale Royale which was in-cred-ible. My only complaint is that it’s really, really dark. (true life: I’m old) But the food and drinks were so yummy. Somehow I was so full but could not stop eating their garlic bread…. with extra, extra butta. mmmmmmmm……

After dinner, our first stop was Bloemnbar – a centrally located spot with lots of young people. Seemed like a good place to start your night. We had a couple of cocktails and then headed to Jantjes Verjaardag in Rembrandt Square. It wouldn’t be a weekend in Amsterdam without some heavy drinking and dancing. Joe and I were dying at their music selection. It’s actually hysterical that all the bars in Europe prefer to play early 2000’s songs rather than anything relevant. Needless to say it was a lot of fun 🙂

We woke up early again the next morning to try and fit in as much as we could before we had to leave. We caught the tram again to De Pijp and had breakfast at Coffee & Coconuts. It’s a super funky restaurant built in an old cinema. The vibe was very chill for an early Sunday, but we got a perfect table on the 2nd level over looking the rest of the restaurant. I loved the vintage-y Californian feel of this place, and the menu followed suit. We had such a hard time deciding on what to get, especially with their extensive list of juices! I got an apple-carrot-ginger-lime and Joe went with a mango-cucumber-coco water combo. We also continued the coconut theme by getting the coconut pancakes… which were really good and apparently ‘healthy’.

After we fueled up we headed to the Rijksmusem which is the largest Dutch art museum in Amsterdam. We had so many people suggest the Van Gogh Museum, but unfortunately we were too late to get tickets ahead of time and heard the queues can get really long. We will 100% be going there next time! The Rijks was absolutely enormous so we made a game plan to just hit the floors of the few artists we knew: Rembrandt & Van Gogh (not very cultured… I know). We both liked “The Night Watch” which apparently is one of Rembrandt’s most famous. Outside of the Rijks is the uber-famous i amsterdam sign where we managed to fight our way into the “d” for a perfect photo op 😛 (side note – you will see in the pictures that we also wiggled into the “m” of a different sign)

We worked up quite the appetite on our long walk back to Jordaan, and wanted to have one last meal in Amsterdam before packing up for the airport. There are signs for fresh frites almost everywhere and we could not pass by those delicious yellow rectangle street signs any longer. We got a heaping cone with tons of sauces, and plopped ourselves down on the edge of a canal and dug in. YUM – my idea of heaven. I wish we had time to do that more than once.

Did I mention how many stroopwafels we ate?!?!

At this point it was time to leave, and the whole cab ride to the airport, Joe and I compiled a list of all the things we missed that we MUST do next time. Amsterdam is an amazing city filled with excellent restaurants and the friendliest people. The canals are so charming, and the architecture still amazes me. After living in America for 29 years, sometimes it’s hard to believe places like this still exist. And boy are we glad they do.

So Joe and I don’t forget, these are the things we didn’t get to that we are definitely planning to hit on our next Hamsterdam trip: 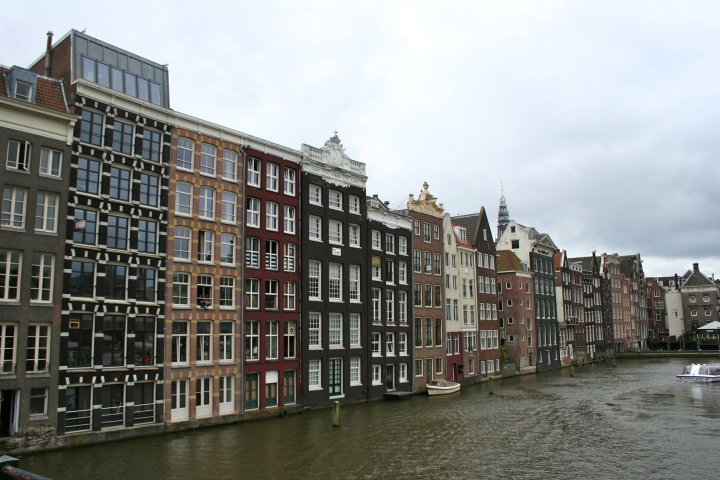 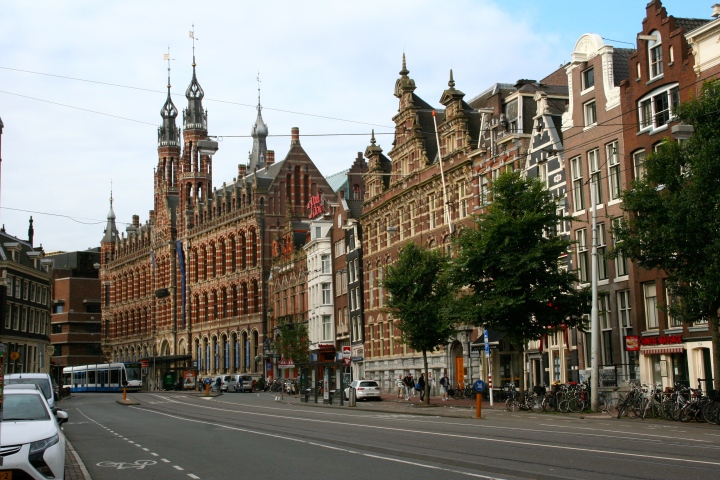 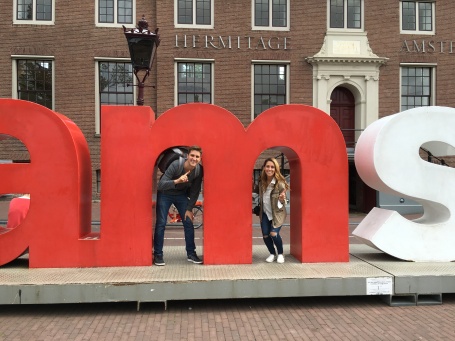 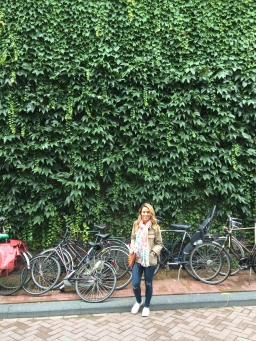 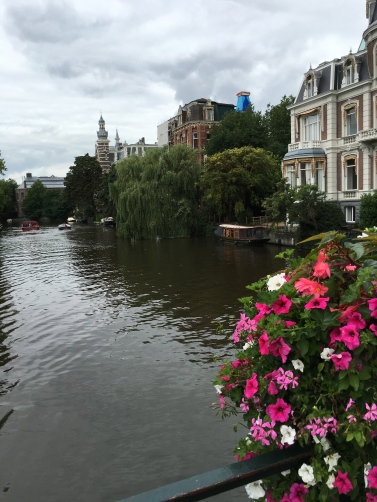 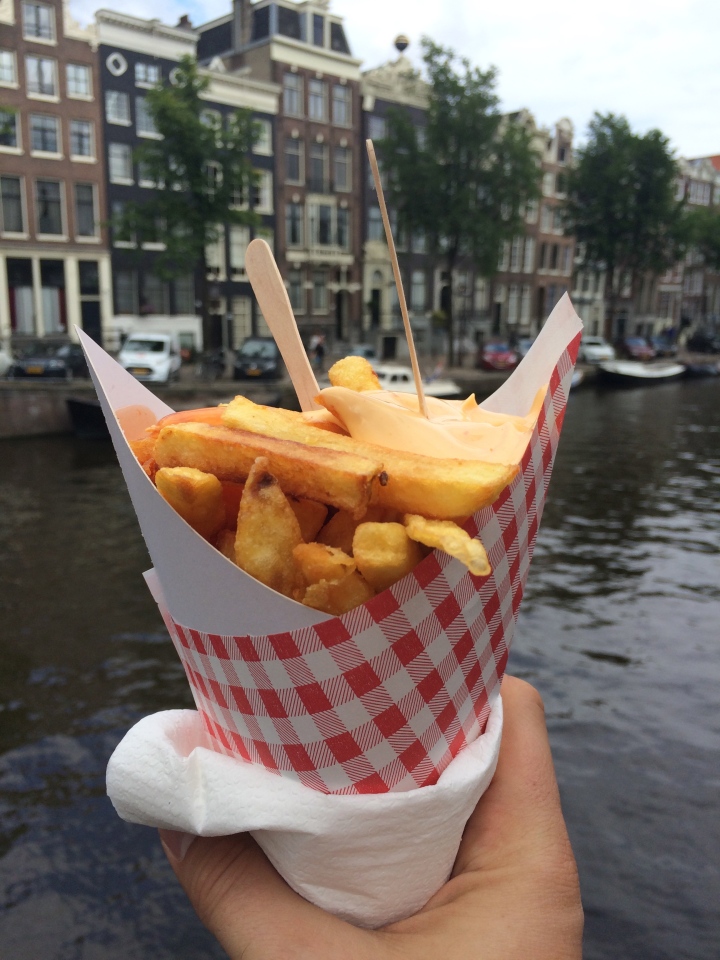 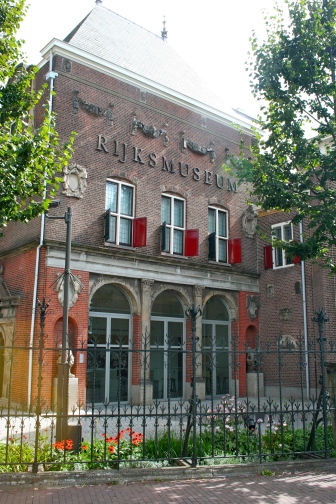 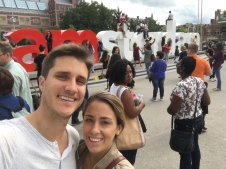 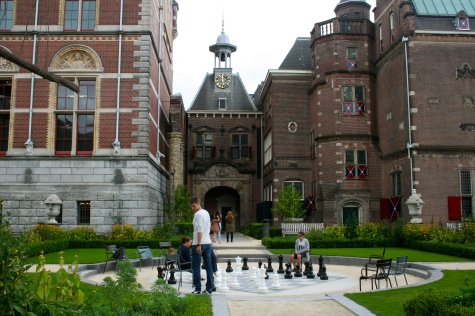 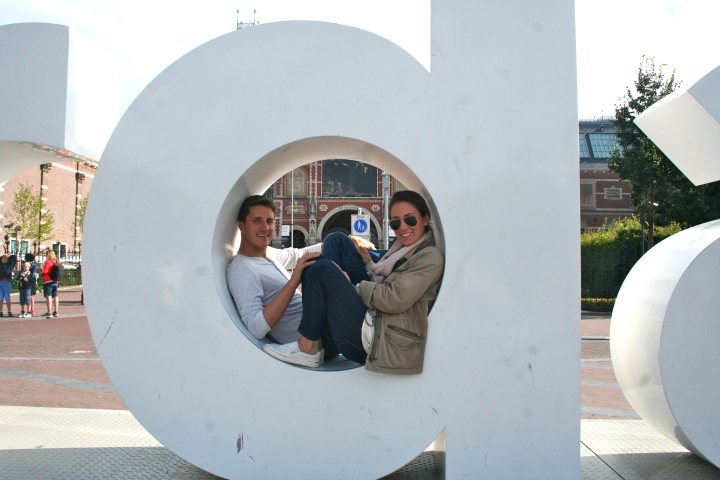