Joe and I have tried to see as many of the best British beach towns that we could scratch off our list since moving a couple of years ago. One that continued to pop up was Whitstable, a seaside town only a quick hour-ish train ride from London. Since we had my parents in town, we figured it would be a great time to check out a new place and give them a little taste of coastal England!

We arrived early on a Saturday morning, and after short stroll down to the harbour, we were on our way to exploring Whitstable. Although the beach and the sea are the obvious highlights of this town, they do have a few other claims to fame, including Whitstable Castle. We decided to go here first since we wanted to spend most of the day down by the water. Now for castle standards, Whitstable Castle is VERY small. And it basically isn’t much of an attraction these days as it’s used as a venue for special events. Joe spoke to the guy inside who basically said he would be happy for us to show ourselves around 😉 It took only about 10 minutes to see the whole thing (LOL), mostly just empty rooms with some touches of medieval architecture still remaining. Now while the inside was underwhelming, the outside is really pretty. The castle is situated on gorgeous grounds, with a croquet court and rose garden anchoring the property. I’ve truly never seen so many different colour roses, and I could definitely see why people choose to get married there and this garden would be a gorgeous backdrop for photos!

The castle was only about a 15 minute walk to the harbour, which houses all the fishing boats that bring the heartbeat to Whitstable. It is afterall, a fishing village renowned for its oysters and fresh seafood, so it makes sense that this charming little port is so full of life. It is lined with restaurants selling their fresh catches of the day, ice cream shops, and lots of local traders selling handmade goods. You can tell that the people that live here are super passionate about their town and are proud to call it home. We walked around this area for a bit, ducking our heads into all of the locals stalls and tents with overflowing oysters. By following the path  around the harbour, you continue on a walkway that leads you to the beach area.

Notice how I said ‘beach area’? I’m not really sure I would call this a beach as it is ALL stones and is broken up by these sea walls they have installed to protect from flooding. Now coming from Long Island, where the beaches are sandy and plentiful, I know my standards are a little high. All I’m saying is that if you come to lay on the beach, be prepared for crowds and with water shoes 🙂 We weren’t coming to sit on the beach that day anyway, but it’s always interesting to see what the local beaches are like when we travel.

We then continued to walk all the way along the ‘Island Wall’ path from the East Quay area towards Seasalter beach. We first passed a row of tiny pastel coloured cottages, all with the cutest names, followed by another row of more vibrantly coloured houses, each with their own unique nautical design decorating their facades. We then strolled up to  a section of those classic British beach shacks. I was bummed that none were open, as I always wanted to see what they looked like inside! This part of the town is so jam packed with photo ops, that I was having trouble concentrating on anything else.

Once I could peel myself away from picture-taking, we decided to head back, debating feverishly if we should make a pit stop at the The Old Neptune. This is a classic whitewashed pub which has clearly been weathered by the sea for years and years. Our  decision was made easy as the place was just opening up, so we decided to skip and save our appetite for lunch. I read somewhere that locals call this boozer “Neppy”, and since I’m now pretty obsessed with being a ‘proper Brit’, this will be my first stop for a cold pint the next time I’m in Whitstable.

The one thing everyone knows about Whitstable is that it is notorious for oysters. So lunch was pretty much settled, it was just determining which restaurant we should settle with. There are dozens of pubs in town as well as some nicer seaside restaurants. But what I was digging was all of the tiny seaside shacks serving up dozens of these things by the minute. We decided on The Forge, and ordered a bunch of different oysters, fried shrimp & chips, and some local beer to wash it all down. Admittedly, this was my first time EVER having a raw oyster, and although I couldn’t stomach the XXL ones, the smaller ones were delicious and when topped with some lemon and hot sauce, they were the the most delectable summer treat.

After lunch we took a nice stroll along the high street which is a mix of antique & charity shops, gourmet food stores, traditional pubs, tea rooms, and independent retailers. We weaved in and out of the shops, picking up some gifts, stopping for pictures, and enjoying  an afternoon-cap in the garden of The Duke of Cumberland.

This wrapped up our day in Whitstable and I couldn’t have been more charmed by this little town. From the cute & colourful seaside cottages, to the old school signs on all the restaurants, I loved how traditionally British and small-town it felt. Joe and I will definitely be back for a full day on the beach and a beer-and-oyster-crawl, hopefully with a few of our friends in tow!

Here’s a quick list of a few places I’ll be sure to check out on my next visit: 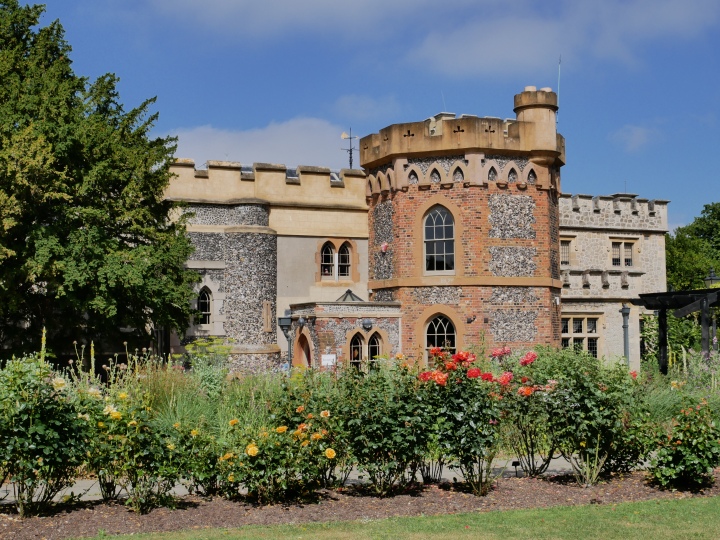 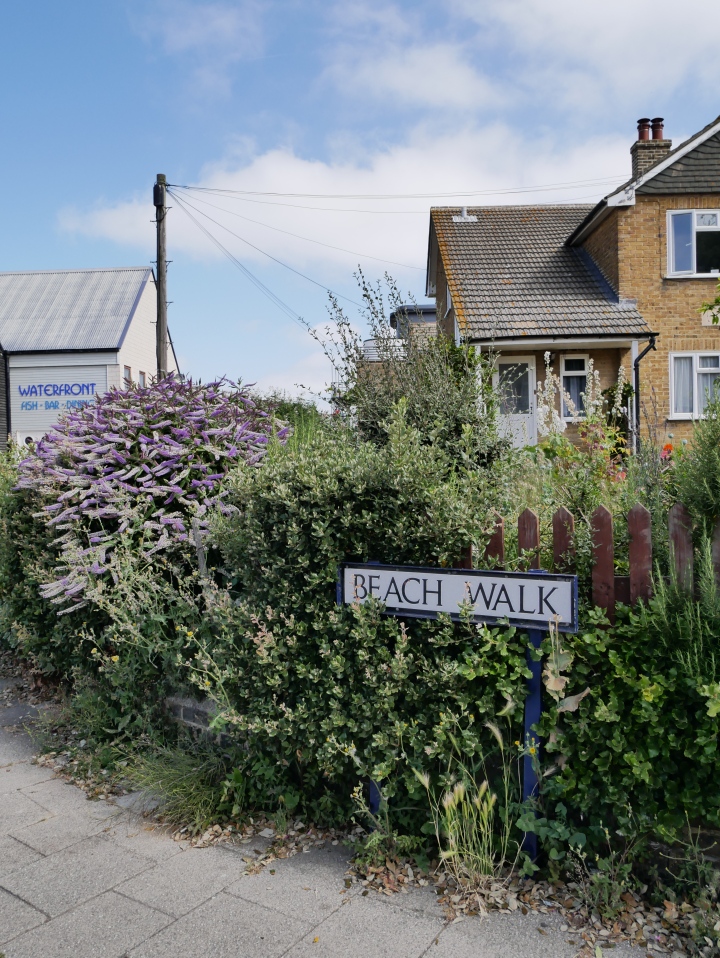 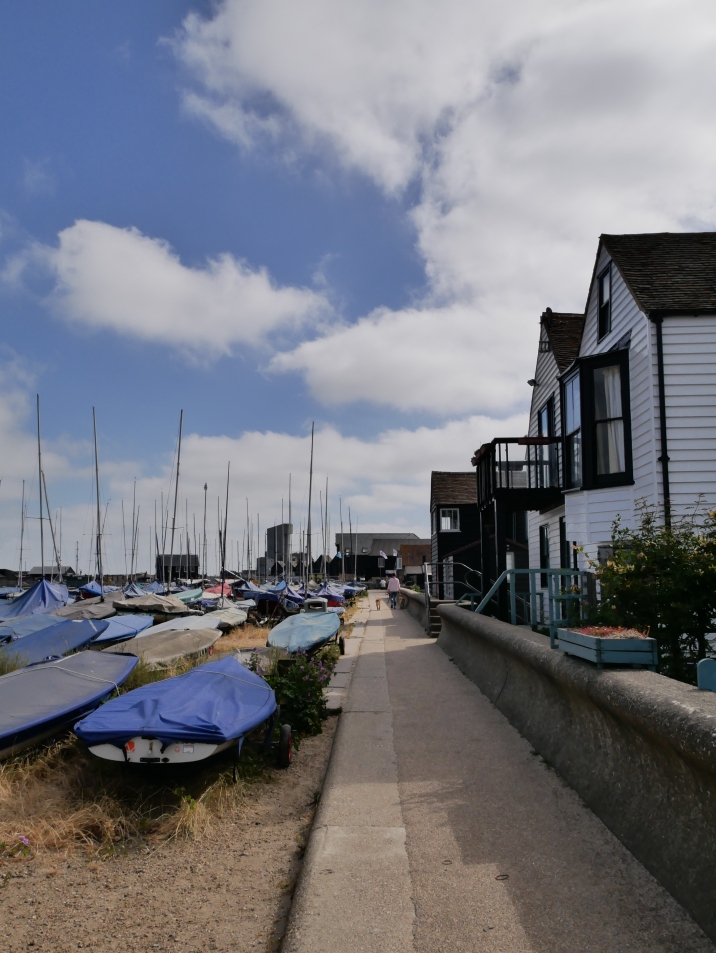 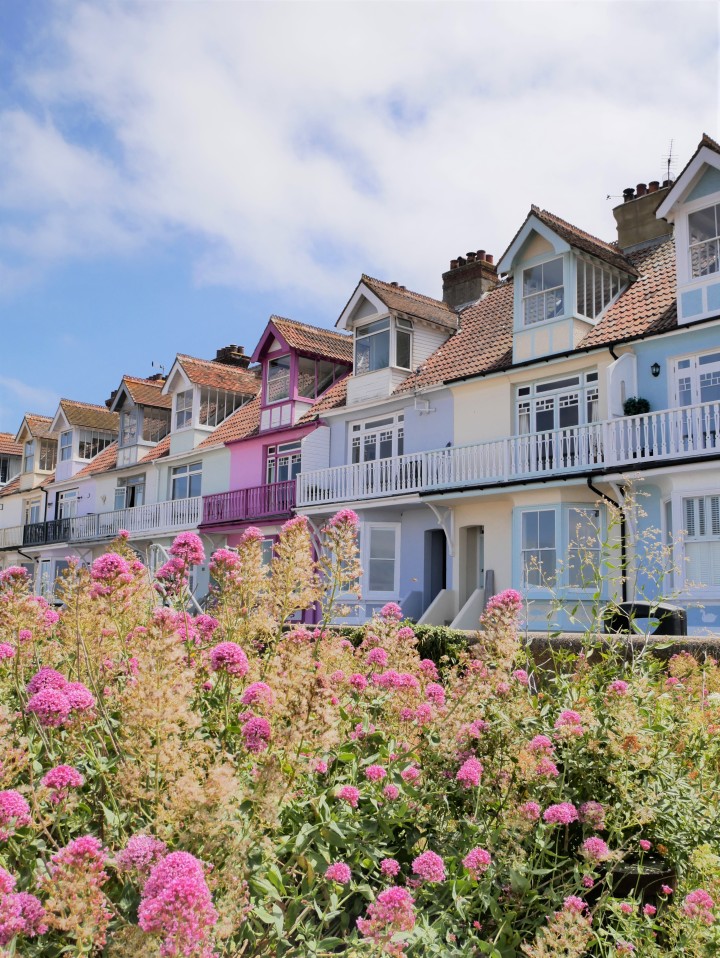 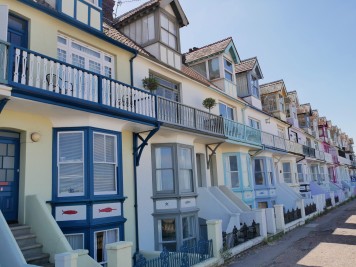 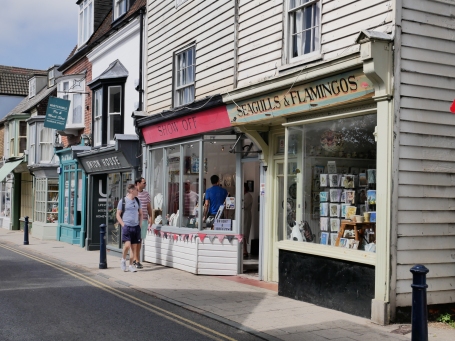 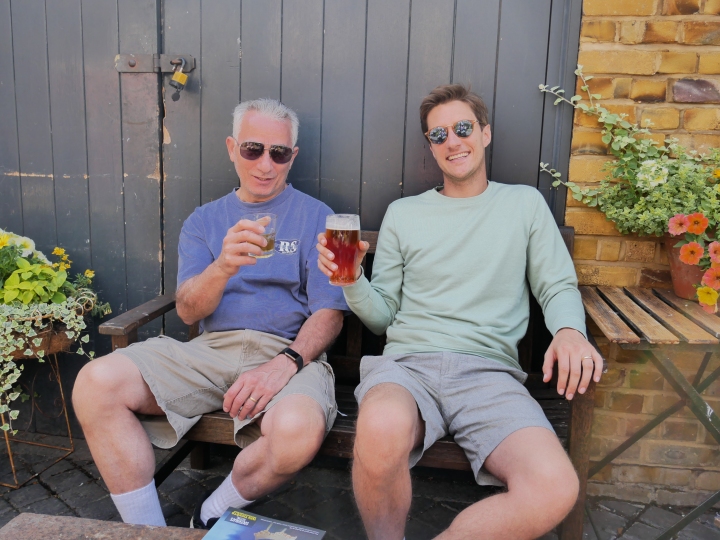