So when Joe and I found out we had friends visiting Barcelona in July, we were ecstatic. We visited together last year, and it quickly became our favorite city (for the record, it’s still mine. Joe has recently moved on to Amsterdam… I wonder why)? Of course, we jumped on any excuse to head back there, and this time we would be able to enjoy it with friends!

I’m going to recap both of our Barcelona trips because they were very different. The first time we went as hardcore tourists, trying to hit every major landmark that we could. While the second time around we were able to relax a little bit more and enjoy the beach!

I am going to start off with my favorite place, La Boqueria. This is an incredible food market in the heart of the Ciutat Vella area, right off La Rambla. They have everything you could ever imagine, from freshly squeezed juices to hundreds of varieties of chocolate. They have butcher & cheese shops, as well as many places that serve prepared food such as pizza and bocadillos (aka sandwiches). I’ve never been to any, but they also have a couple of restaurants where you’re able to sit down for a full meal. Joe and I prefer to walk around and pick up a little something at various stands…. our problem is we always wind up getting too full before getting to try everything we want! Hands down this is a place you must get to when visiting Barcelona.

Next would be Sagrada Familia – an amazing basilica designed by Antonio Gaudi in the 1800’s. A little history lesson – much of Gaudi’s work was done in Barcelona, as he grew up nearby in Catalonia, the most north-eastern region of Spain.  This church is impressive in every sense. It is enormous and beautiful at the same time. Joe and I were stunned with how detailed every section is from the outside statues, to the rainbow stained glass windows that name every saint (and this was even BEFORE Joe became a Catholic, he he he). I would bore you to death if I went on to describe how each facade represents a part of the nativity or the history of the organ, so I suggest you get there yourself! Joe and I also went to the top of one of the spires, where you take an elevator up and then walk down the extremely narrow stairs… not for the claustrophobic! Honestly from the outside this place looks ugly & scary, kind of like the evil witch’s castle in a Disney movie, but what’s inside really is so cool. Don’t miss it.

Park Guell is another piece of Gaudi’s work that we visited. It’s a massive public park filled with all kinds of Gaudi structures, the most popular being the mosaic “serpentine” bench that overlooks the city. Disclaimer – you do have to pay to enter this section and there is normally a queue… we only did it because it wasn’t a very long wait. I think the Park is what you make of it – you can take as long or as little as you want. There is certainly some beautiful architecture to be seen.

My last favorite is Ciutadella Park. Gosh, I love this place. Joe and I spent the afternoon biking around, and the best advice we got was to pick up sandwiches at Bo de B and have a picnic in the park (apparently this is where all the American college kids studying abroad eat. so cheap, so delicious). It was a super sunny afternoon which made the park extra picturesque. They have a zoo, a greenhouse, museums, a monstrous fountain, and lots of grassy areas. I don’t know why, but for some reason this place screams Europe to me. Easily one of the prettiest places to spend some time lounging in the grass (while eating and/or drinking of course). 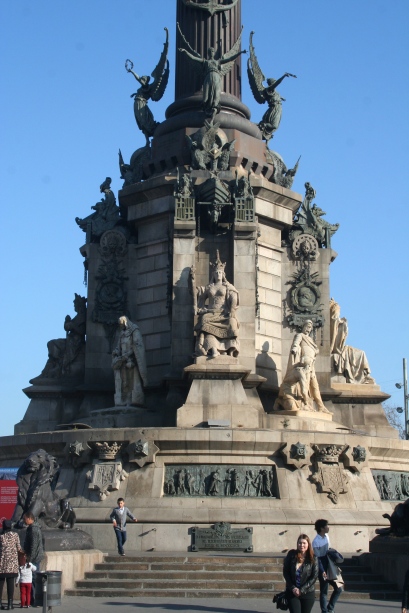 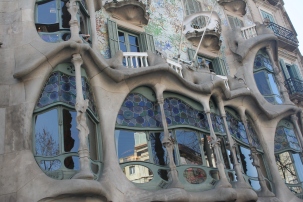 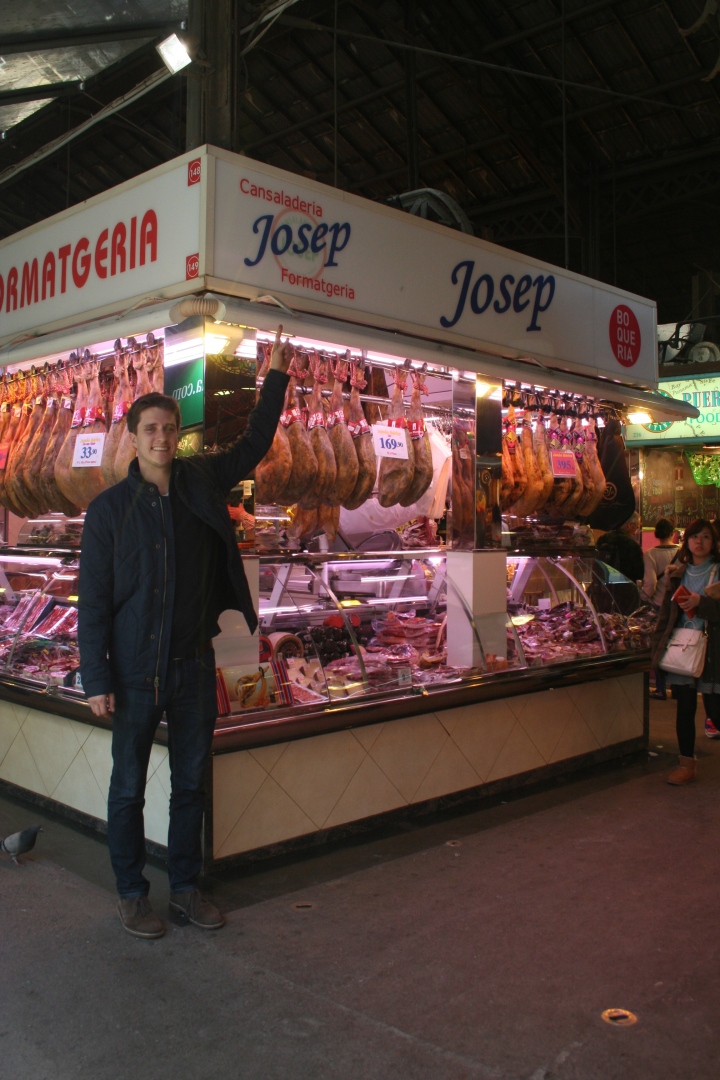 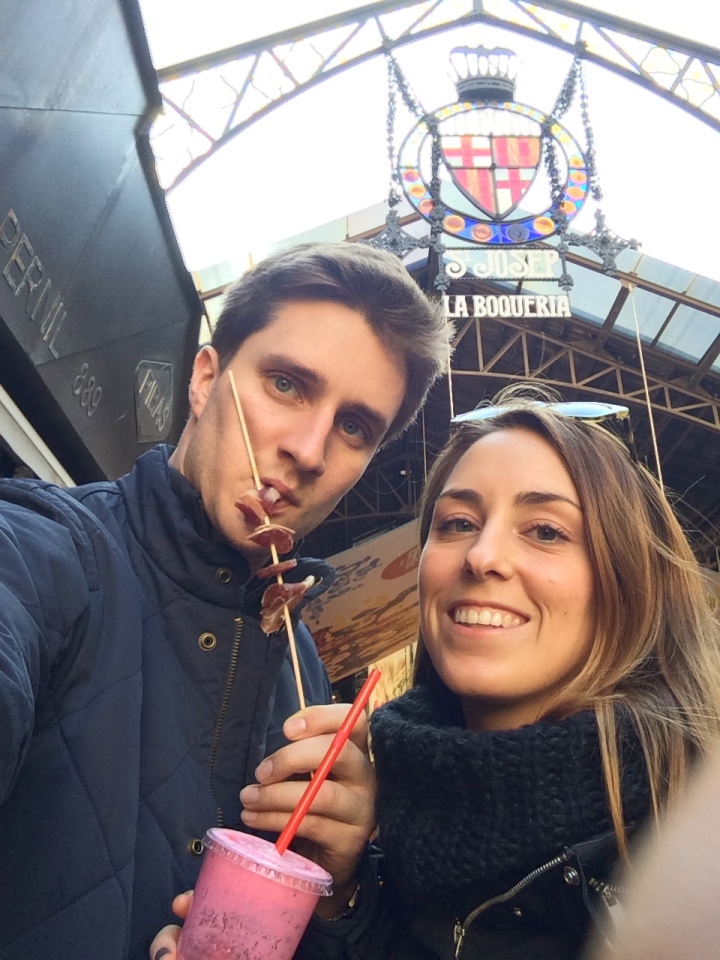 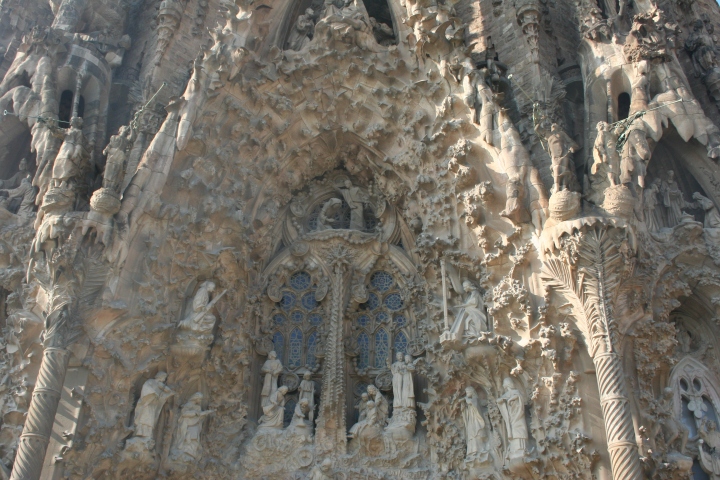 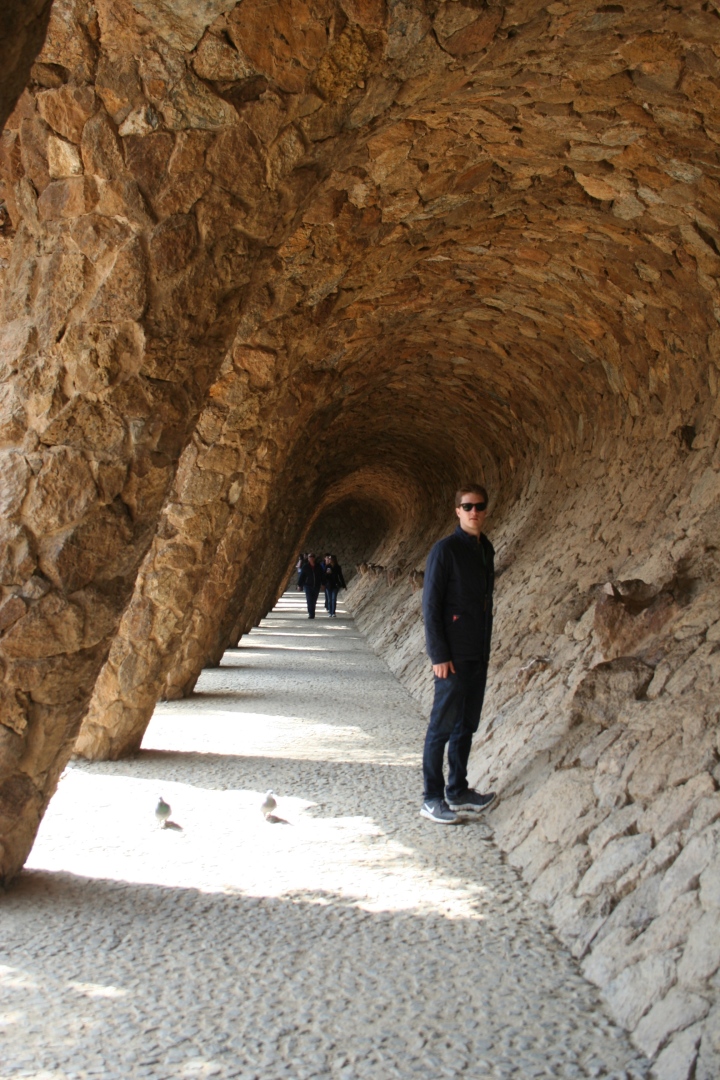 One thought on “Barcelona… part 1!”